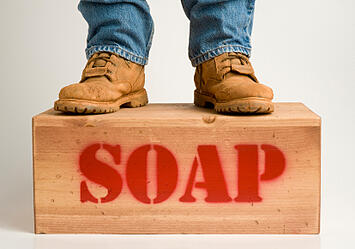 Dan Kimber, a former columnist at Glendale News-Press, who was accused and found guilty of plagiarism back in 2003, just published his first blog post on Montrose Patch.

Although the post is a really an apology to his friends, family and fans, it did cause a bit of a stir. One reader commented on AOL’s online news site, Patch.com:

“Yea, we really need to give support to that growing community of plagiarists! They are so under-represented! What next, a blog for serial killers, cuz you know they need a voice too!”.

I don’t think there is a comparison between someone who fails to cite someone else’s work and someone who kills people, but it sheds some light on how serious some people take journalism misconduct and plagiarism.

Patch gives their reasons for allowing him to write blog posts on their site, which starts with “Patch is a forum for the entire community,” then goes on to say how bloggers are responsible for their own work, and ends with how they will pull the plug on his blog if he plagiarizes. You may recall a previous post on iThenticate about Patch.com having an ongoing problem with freelancers plagiarizing.

In Kimber’s contrition post (which I believe was published after Patch's explanation/warning), he explains his side of the story and reasons: “I was careless, I got lazy and it was dishonest.” It would appear that he has learned his lesson. Patch, unlike other news outlets, is giving him another chance to redeem himself after eight years of not being able to publish his work. Let's see what happens.

Charky, Nicole. “Why a Disgraced News-Press Columnist Will Blog on Patch” November 3, 2011. http://montrose.patch.com/articles/former-glendale-news-press-columnist-blogs-for-patch