Red Wine Drinkers Beware - What You've Read May Not Be True 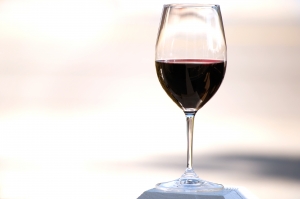 The latest case of breaking misconduct news comes out of the University of Connecticut.  Dr. Dipak Das is the director of the UConn Health Center’s Cardiovascular Researcher Center, and is best known for his groundbreaking research on resveratrol, the chemical agent found in red wine that has been touted to benefit health in a number of ways.

From the Boston Globe:

“UConn officials said their internal review found 145 instances over seven years in which Dr. Dipak Das fabricated, falsified and manipulated data, and the U.S. Office of Research Integrity has launched an independent investigation of his work.”

Dr. Das’ resveratrol research had already been published in a number of prominent scientific journals, some of which have put the wheels in motion to issue formal retractions.  However, like many other flagrant cases of research misconduct that are discovered and later retracted, the damage is likely already done.

The most visible damage can be seen with the actual capital losses that are surrounding the case.  The UConn Health Center immediately declined an $890,000 federal grant for Dr. Das’ research that was under review, as well as effectively stopped all other forms of funding for his lab.  These are just the initial fees that are sure to be topped off by further loss of grant money, investigation costs, and retraction costs for all publications involved.

The less visible damage has also occurred; the publications containing Das’ research have already been cited numerous times, likely affecting current and future research in the field.  Although there have been studies from other researchers on the health benefits of resveratrol, this case of misconduct will surely set back progress in this specific branch of research.

From a public point of view – this case is bad any way you look at it.  The benefits of red wine had already gone beyond the knowledge of the scientific community; the research had broken into popular culture.  Mainstream newspapers, health magazines, and daytime talk shows picked up the story featuring Das’ research, which could have swayed many people’s behavior as far as drinking red wine.  For those that took the research to heart, this news of misconduct could change their drinking behavior yet again.

Particularly in a society like ours that is easily swayed by the latest diet fad or workout routine – real, solid health research needs to be put on a pedestal and shown as ‘the truth.’  This case of misconduct certainly doesn’t help out with that goal.