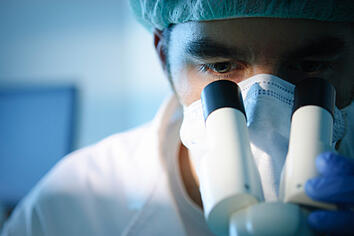 Research misconduct can cause damage in many ways. Institutions, publishers and patients can all be affected by the misconduct of a single researcher. A recent case that involves a researcher at Duke University could go down in history as one of the biggest medical research frauds ever.

After five years of research, in 2010 it was discovered that oncological researcher, Dr. Anil Potti, had manipulated the data in a number of his widely distributed papers to prove a theory worked. Potti was considered by many as being at the forefront of ovarian cancer research. From the Huffington Post:

“Potti's work in individualized treatments for cancer was regarded as "the holy grail of cancer," Dr. Rob Califf, the vice chancellor of clinical research at Duke, said on a CBS 60 Minutes segment. "Personalized cancer treatments, if they work, could be a last hope for people whose bodies don't respond to the conventional treatments.”

According to CBNnews.com, Potti's "research was published in the most presigious medical journals. And more than a hundred desperately ill people invested their last hopes in Duke's innovation."

However, in 2010 it was discovered that Potti had falsified information about his education; saying that he was a Rhode Scholar. It turned out to be untrue. This triggered a further investigation into verification of his research, which turned out to be falsified.

To date, nine of Dr. Potti’s papers on individual cancer treatment and related topics have been retracted. The blog Retraction Watch reported that Duke has said about a third of Potti's 40 or so papers would be retracted, and another third would have portions retracted. Journals to retract his work include Nature Medicine, The Lancet Oncology, PLoS ONE and Blood.

The implications of these retracted papers go beyond data corrections; patients, some with only months to live, had already enrolled in clinical trials for treatments.

Because of the fraudulent trials, a group is now filing suit against Duke University:  “Seeking compensatory and punitive damages in the case, alleging that Duke tried to cover up questions about the research and performed unnecessary chemotherapy on people in hopes of patenting and spinning off a cancer-screening test.”

Not only is Dr. Potti’s research misconduct causing extensive financial damags, but it also may have instigated harmful treatment of patients across the country. This is the type of case where the cost of misconduct cannot be simply measured by lost jobs, slowed research or even financial losses.  The potential loss of life and damage to health that came out of this incident underscores the true damage caused by Potti’s fraud.

Although Dr. Potti was just an individual researcher, Duke has been forced into a position where it needs to take full responsibility for his actions. Duke will likely try to recoup their image by ensuring the public that they are doing everything possible to repair the damages caused by the incident; and ensuring an incident like this will never occur again.

In the majority of misconduct cases, it is the individuals who are closest to the incident that face the highest level of impact.  However, every so often, a major case of misconduct comes along that causes widespread damage.