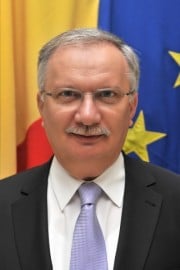 Yet another case of plagiarism surfaced in European politics recently, when Romania’s newly appointed Education and Research Minister Ioan Mang was accused of copying the work of others in several of his academic papers. This latest incident follows closely on the heels of the resignation of Hungarian President Pal Schmidtt, and is barely a year removed from the plagiarism scandal that forced German Defense Minister Karl-Theodor zu Guttenberg out of office.

Iaon Mang was appointed to his position by newly elected Prime Minister Victor Ponta, a Social Democrat. Former Prime Minister Emil Boc, a member of the rival Democratic Liberal Party, is calling for Mang’s immediate resignation. Boc appeared on Romanian national television this week and gave an impassioned speech on the matter, using copies of the allegedly plagiarized work as a visual aid. The Research Ethics Council is reviewing the accusations and will have a finding on the matter within 90 days.

Guttenberg, Schmidtt, and former European Parliament President Silvana Koch-Mehrin all resigned in the past twelve months over accusations of plagiarism in their doctoral theses. Only Pal Schmidtt, the most recently accused, is still denying the claims against him. Iaon Mang is also denying the truth of the accusations against him and has publicly stated that they are “politically motivated.” Mang, who is also a computer scientist at the University of Oradea, has agreed to resign if the accusations are proven to be true.

There’s no question that the evidence supporting the allegations of plagiarism against Ioan Mang was uncovered by his political rivals, but that doesn’t rule out the credibility of that evidence.  Romania, under the former administration, passed a series of new laws governing education and research. Among them were a new anti-plagiarism law and the formation of a Research Ethics Council to review accusations. Mang served on the senate’s education committee during the debates over this new legislation and was opposed to the new laws. Is it coincidence that he’s the first to be accused under them?

Compounding the issue is a charged political climate in Romania and a population still struggling to trust a new style of government after forty years under communist dictator Nicolae Ceauşescu. The country has been a democracy since 1990, but they are still striving to earn international credibility. Economic woes have already plagued the nation, causing cut-backs on academic funding and lost jobs. This plagiarism accusation, if proven true, could undermine Romanian educational credibility on a world level.

The author of the Romanian education reforms, Daniel Funeriu, was appalled at the scope of the plagiarism. Funeriu was the former Minister of Education and Research, the job Ioan Mang currently holds. While in office he requested that competitive research funds of up to US $350 Million to help improve Romania’s academic approval rating on the world stage. Unfortunately, the funds were largely not available due to the recent recession and near collapse of the European banking industry. According to Funeriu, the actions of Ioan Mang “damage the international credibility of Romania at a time when the nation needs to strengthen its research system.”