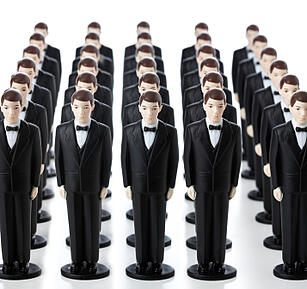 The trouble began when, on June 19th, Jim Romenesko, media critic, published online a piece that proved that Lehrer had self-plagiarized in articles that were published in the New Yorker and the Wall Street Journal. Romenesko’s post showed that, in the articles, Lehrer had used basically the same first three paragraphs (Silverman, 2012).

It appears that Lehrer has been self-plagiarizing for a while; even some of the passages in his book, Imagine, are said to be in question. Some have said that Lehrer re-uses material in his popular corporate lectures on decision making and creativity (Silverman, 2012). His articles for the NewYorker.com include an editor’s note: “We regret the duplication of material.” Joe Coscarelli has posted examples on NewYorkMagazine.com. Another questionable move by Lehrer is that he allegedly noted that a quote from Noam Chomsky was given to him when it had actually been given to another journalist (Silverman, 2012).

Levin (2012) contends that Lehrer has moved away from being a writer to being an “idea man.” He also believes that Lehrer considers his thoughts to be his products. Lehrer has built his brand, and he owns it. The problem, as Levin (2012) sees it, is that Lehrer has not ethically separated what he can and cannot duplicate as far as his spoken and written words. Writing means the creation of new ideas. Levin (2012) also notes that Lehrer should take a break to refresh so that he is able to come up with new material.

The editor of the NewYorker.com, Nicholas Thompson, has stated that he has given warning to Lehrer, and that the writer knows that he was mistaken. Thompson did not say whether or not Lehrer will remain with the publication (Silverman, 2012). Self-plagiarism is still plagiarism. This case is a good example of how a professional can fall into the trap. Perhaps a regular self-check is in order for writers who are putting great demands on themselves.

Levin, J. (2012, June 19). Why did Jonah Lehrer plagiarize himself? Retrieved from
http://www.slate.com/articles/life/culturebox/2012/06/jonah_lehrer_self_plagiarism_the_new_yorker_staffer_stopped_being_a_writer_and_became_an_idea_man_.html

Self Plagiarism, Ethics and the Case of Jonah Lehrer | Plagiarism Today

Interview: What researchers and journals can do to prevent self plagiarism | iThenticate Blog

The Ethics of Self-Plagiarism | Free Paper by iThenticate