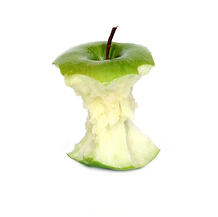 In his book, "Imagine," Jonah Lehrer offers up the anecdote of how Dan Wieden--charged with coming up with a Nike campaign ad--coined the phrase "Just Do It" after recalling the last words of convicted murderer Gary Gilmore ("Let's do it").  The recent charges brought up against Lehrer around his fabrication of Dylan comments begs the question of Lehrer, "Why Do It?"

More precisely, given the topical focus of Lehrer's work, ranging from his latest book on creativity, to how we make decisions ("How We Decide"), and to the intersection of art and science ("Proust Was a Neuroscientist"), what might have compelled him to not exercise more creativity (consider the initial charges of self-plagiarism leveled against him), to not make a more informed decision when fabricating Dylan quotes, and to not expect that he would be found out (as a journalist, specifically one who writes about science, he would be held to a more exacting standard by his audience)?

At the core, what is troubling about Lehrer's actions is that they violate the implicit expectations that we as an audience hold towards journalists and science writers.  As an audience, we expect our journalists to be honest, to tell us the truth, and to shed insight into reality.  One could argue that this is precisely what Lehrer has done for us.  The truth is that we are a discriminating audience, faced with with a plethora of infotainment content each day.  As a result, we are conditioned to expect our information to not only be timely and topical, but also entertaining--rich with storytelling and anecdotes.  This is what Lehrer, over the course of 3 books and numerous articles, has given us.

Are we to take issue with his journalist misconduct?  Absolutely.  But, we also should use this occasion to examine how the stage for his actions has been set.  More than one reviewer of Lehrer's work has likened it to that of Malcolm Gladwell (another journalist with a penchant for using interesting and far-reaching anecdotes).  I'd suggest that Gladwell's success in this endeavor (and that of other writers like him--for example, Jim Collins) serves as a standard to which journalists who endeavor to write engaging, cross-displinary, science-related topics measure themselves.  On this score, Lehrer was arguably successful.