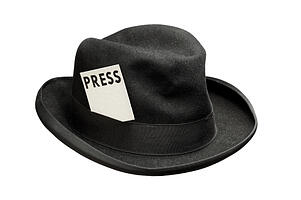 As a wrap up of 2012, the Jonah Lehrer scandal will, most likely, be the most-remembered plagiarism and ethics scandal of the year. It was the scandal that brought down one of the world’s best-known science reporters and authors while also opening up the debate about the ethics of self-plagiarism in a way that had not happened before.

Though Fareed Zakaria and Margaret Wente both faced allegations of plagiarism that had merit, their careers have not been side tracked as it was discovered the incidents were isolated. Jonah Lehrer, on the other hand, not only changed his career forever, but represents a sign of the future of journalism.

That’s because Jonah Lehrer was a freelancer and, like most freelancers, worked with many different news organizations. For better or worse, freelancing is becoming more and more common in journalism as newspapers and magazines are forced to shrink their full-time staffs due to industry contraction.

But this shift to freelancing creates a series of challenges for news publications, one of the more pressing ones being the issue of plagiarism. Writers no longer have their history in one or two places. One who has worked in the field long enough will have their work spread across countless sites, publications and possibly under multiple names.

This makes it difficult to check and follow the writer’s history of work and makes it challenging for editors to determine which writers to bring on. This is especially true since hiring more freelancers means less time to examine each one.

But, as the case of Jonah Lehrer showed, the real problem comes when you have a journalist who has built a career on plagiarism and other unethical behavior. Not only does the spread of his work make it difficult to track the case and put it into perspective, but the journalist doesn’t have a single editor or single company to judge him.

There is no council, such as the one Jayson Blair faced at the New York Times, and there is no single company to fire or discipline the plagiarist. Instead, there are dozens of news publications and sites, each taking their own action against the unethical journalist.

This can result in uneven action and punishment but also a longer investigation as every publication has to examine the work they control separately.

For Jonah Lehrer, this meant that Wired Magazine kept him on board long after other publications had dropped him pending the results of their investigation. Though eventually he either resigned from or was dismissed from every publication that employed him, the process took a long time, nearly three months, spanning from June 19 to August 31, 2012.

By contrast, the Jayson Blair scandal unfolded in just a few weeks. With the original call having been received on April 28, 2003 and with the Times article on its findings appearing on May 11th of the same year.

The differences are staggering and they show that the threat of plagiarism in journalism is not going to go away as news publications increasingly turn to freelancers. The issue is only going to become more relevant and more difficult to deal with.

It’s important for editors and publishers to get in front of this issue and to have a solid, well-thought out process for handling works that come from outside of the newsroom. They need to be edited and reviewed just as strictly as internal works, if not more so. Furthermore they need to recognize that their reputation is still every bit as vulnerable when they publish the work of a freelancer as a full-time reporter.

After all, most readers only glance at the byline of an article, but the masthead and/or the site title are always in plain view.

On the upside, as freelancing becomes more common in journalism, there is more and more motivation for journalists to become their own brand and promote themselves separately from their publications. Building this brand means building trust and that means, hopefully staying away from unethical behavior.

The days of journalists sliding by quietly in a newsroom are over for many in the field and, while this creates a lot of uncertainty for reporters, it also has the ability to encourage better work.

That being said, Jonah Lehrer was probably the quintessential example of a reporter who was his own brand and it didn’t stop him from committing plagiarism and fabrication. In fact, in his case, it may have helped him by making him so trustworthy that he was difficult to challenge.

So it is important for editors to remain vigilant against unethical behavior, even with well-respected and widely-trusted freelancers. They come with the same pitfalls and dangers as any reporter, just without the same level of control.