See all
Page Six at The New York Post is reporting on a plagiarism dispute between two authors, each of whom have published a biography of President Ronald Reagan.

Craig Shirley, who wrote the book “Reagan’s Revolution”, claims that Rick Perlstein plagiarized his work at least 45 times in his new book “The Invisible Bridge: The Fall of Nixon and the Rise of Reagan”. 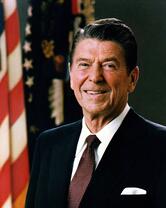 According to Shirley, the plagiarism extends to both the prose of Perlstein’s book and to facts contained within it. Shirley’s lawyer in a letter to Perlstein’s publisher, Simon & Schuster (S&S), says “We think it is unlikely that Mr. Perlstein even could have completed his book without Mr. Shirley’s book.”

According to S&S, “We have examined Mr. Shirley’s claims, found them to be entirely without merit and responded to him accordingly.”

S&S went on to say that “Any superficial similarities are de minimis.” De minimus is a copyright term meaning that the infringer’s alleged use is so insignificant as to not qualify as an infringement.

But while many of the elements of the dispute are familiar, including questions about how to correctly cite a source and how much one must change a passage to make it a true paraphrase, what has gotten the most attention is Perlstein’s footnotes, or rather, lack thereof in physical form.

Perlstein’s book is completely devoid of footnotes of any type. Perlstein and S&S made the decision to not print the footnotes and, instead, host them on a website. According to Perlstein, this decision was made to keep the already-lengthy book (over 800 pages) a reasonable length and not add pages that, he felt, few used.

This method certainly has his benefits. Since many of the sources cited in the book are web sites, posting the footnotes online makes the links clickable and more easily searchable. However, as Matt Lewis questioned Perlstein over Twitter, it also means that citations can be changed over time and limits the audience for the citations as even fewer are likely to follow a link for additional information.

While this means Perlstein, or another author, could correct legitimate errors, he or she could also cover up poor citation or even plagiarism.

But the bigger problem is that books are, more or less, permanent. Web sites, however, are not. Though it’s trivial to maintain a web site for a lengthy period of time, sites crash, servers fail and web pages go dark. It’s very likely, in fact almost certain, that copies of this book will long outlive Perlstein’s electronic footnotes.

Still, as publishers look to cut printing costs, the moving of footnotes online may make sense in some cases, even if it is a controversial move. As Perlstein noted, few people use the footnotes to a book and they are generally seen as pages that can’t be read. However, those who do use the footnotes are, often researchers who are trying to get additional information and have a strong need for those notes.

However, this is one debate that might be headed off by the shift to digital publication. The benefits of doing so with a printed work, saved pages, lower printing costs, clickable links, etc. don’t apply to digital publishing. A Kindle book with 900 pages costs the same as one with 800 to reproduce and the footnotes can be made clickable and searchable in digital versions.

Though it’s unclear if Perlstein’s footnotes are added to the digital versions of his book, they should be, as they should for all electronic books.

While Perlstein’s approach might be an interesting thought experiment for print publication, it is almost irrelevant in the age of digital publishing. When every book functions similarly to a web page, having the footnotes on a separate one simply doesn’t make sense.