Romania Moves to Crack Down on Plagiarism 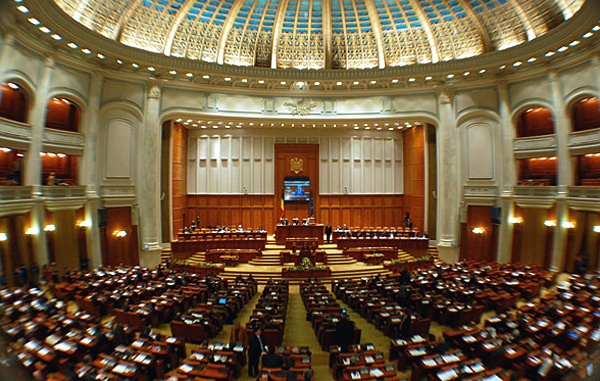 In October, two Romanian MPs cosponsored draft legislation to the nation’s Parliament that aims to crack down on plagiarism and intellectual property violations by creating a nationwide database of all scientific works prepared by and for publicly-funded higher education institutions.

The bill was proposed by MPs Mihai-Razvan Sturzu and Cornel George Comsa, who are members of the country’s two leading political parties, the ruling party, the Social Democratic Party, and its opposition, the National LIberal Party.

The bill, if it were to become law, would create a central database that would include all theses, dissertations, articles, papers and reports prepared by and defended at publicly-funded higher education institutions in the country. This includes any private institutions that receive any state funding.

This database would be publicly accessible and would be viewable by anyone, free of charge.

According to Cosma, the draft legislation is an attempt to deal with a problem in Romania where sites sell previously-published and defended theses and dissertations for other students to present as their own.

Romania, however has had a very prominent history when it’s come to plagiarism issue.

In May of 2012, the nation’s then-Education Minister, Ioan Mang, was accused of plagiarizing several of his academic papers.

Though Mang quickly resigned from his position, his story was swiftly overshadowed by a much-larger story involving the nation’s then-Prime Minister, Victor Ponta. Ponta was accused of copying and pasting over half of his doctoral thesis.

This led to a pair of conflicting verdicts on the case with the National Ethics Council (NEC) rejecting the allegations even as his alma mater, the University of Bucharest, reaffirmed the charges. Many believed that the NEC, which was headed by many of Ponta’s allies, was politically motivated in their verdict.

The response to the allegations led to worldwide protests against Romania, with many expat scientists boycotting a national conference.

Ponta eventually relinquished his PhD in late 2014, saying that the still-ongoing plagiarism scandal was a distraction. However, by that point, Ponta was facing other allegations of impropriety that eventually came to a head in November 2015 following a nightclub fire that many believe was caused by corruption and poor safety oversight.
That fire led to his resignation later that month.

With Ponta out of office and the major parties united in tackling plagiarism, it seems that Romania is turning a corner on the issue, which has become highly symbolic of other problems within the country.

However, the new proposal isn’t without critics, who not only believe that the program isn’t technologically feasible, but that it may do more to encourage plagiarism rather than discourage it.

Still, as the nation seeks to move past Ponta and the reputation for tolerance of plagiarism he left behind, it needs to take strong and even drastic action. Whether this legislation is the right step remains to be seen, but being aggressive about stopping plagiarism is the first step to repairing a very damaged reputation.