Back in June 2012, anonymous allegations were made that Romanian Prime Minister, Victor Ponta, had plagiarized more than half of his 2003 thesis on the International Criminal Court.

However, for nearly two and a half years it seemed that nothing would come of those charges. Where several politicians in Germany saw their careers end over similar allegations, Ponta remained firmly entrenched in power. 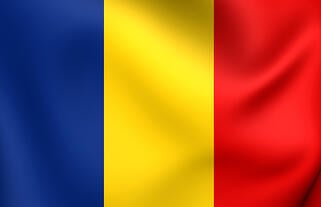 This seeming invincibility was highlighted by the fact that, while his alma mater, The University of Bucharest, upheld the allegations, a government appointed committee cleared Ponta of the charges the next month. As such, he not only retained his position, but his degree.

However, Ponta was never able to fully leave the allegations behind. In November he ran for President of the country and, for most of the election, was heavily favored. But, when the polls closed, Ponta lost and with that defeat he lost the support of two key allied parties, meaning his position as Prime Minister could be in jeopardy next year.

While its unclear how much of an impact the plagiarism allegations had on Ponta, they were a frequent target for his opponents during the election. With that election over over, Ponta has been making moves to protect his political future, including shuffling his cabinet.

But the most surprising move was, in a letter to his alma mater, giving up his doctorate.

Though Ponta continues to deny the plagiarism, he says the move is his effort to end the allegations and put the matter to rest. Time will tell how successful that effort is.

In the meantime, Ponta’s change of heart has largely overshadowed another important story in the country, that of Lia Olguta Vasilescu, the mayor of Craiova, who was found by the University of Bucharest to have plagiarized her Ph.D thesis as well. Vasilescu was elected in 2012 and is a member of Ponta’s party.

That matter has since been submitted to the national Council of Ethics, where her degree may be revoked.

Two years ago, this seemed almost impossible. Though the country had lost two Education Ministers in quick succession, both Ponta appointees, plagiarism seemed to carry no serious consequences for those established in power. This was highlighted by another plagiarism scandal, this one involving grant applications, that had many scientists worried the country was eroding its protections against plagiarism following a weak response.

But in the end, it was the public, namely the voters, that spoke the loudest and, whether their voting was heavily influenced by the plagiarism allegations or not, it’s had the impact of putting plagiarism front and center again as a serious offense.

Ponta’s turning in his degree may be a move to save his political future, but it also ends the illusion of invincibility surrounding plagiarism in the country. It’s clear again that plagiarism has consequences and that impact will inevitably trickle down to other areas, including research, journalism and so forth.

Because, on matters of ethics, when those at the top are able to flaunt the rules and escape punishment, it is difficult to convince others to follow them. Ponta’s move won’t magically fix everything in the region, but it represents a pivot and a chance for not just Ponta, but for the whole country, to leave the plagiarism allegations behind and focus on repairing a battered reputation.