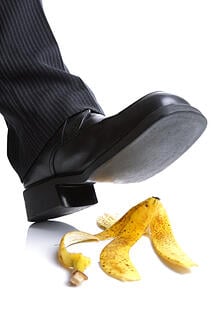 In a recent case at Arizona State University, Professor Matthew Whitaker appeared to have committed plagiarism, but an ASU investigative committee declared that his actions were “unintentional carelessness” instead of “systematic or substantial plagiarism.” The ruling did not sit well with many members of the academic community, including ASU professor Monica Green, who resigned her position in protest over the decision.

Professor Whitaker, a history professor and civil rights activist, was accused of plagiarizing Wikipedia articles in a text book he helped co-write. A speech he made on the Arizona immigration law in 2010 was also scrutinized and found to contain nearly 30% plagiarized content, none of which he credited the original writer with. When questioned, he explained that he had intended to quote the two sources, but, in the heat of the moment, he neglected to do so.

Accusations of racist motivations and claims of political appeasement appear to have complicated the situation and taken the focus away from the real issue. What exactly constitutes plagiarism? If you quote from a newspaper article or blog during an impassioned speech and neglect to cite the source, does that absolve you of responsibility? Coupled with duplicating written work in academic texts; should that lead to a ruling of plagiarism by an investigative board?

In a similar case, an investigative panel at Karachi University unanimously decided this week to withdraw cases of plagiarism against three professors, and charge them with “misconduct” instead. The sudden reclassification after over four years of investigation and sanctions against the parties involved has led to a renewed cry for definition and regulation of plagiarism in the academic community.

The ruling of misconduct doesn’t specifically state that plagiarism occurred, though in all cases it was proven in the High Court that it did. The university is claiming that the change is justified. According to KU vice chancellor Prof Dr Qaiser, they could not use the plagiarism distinction because, “There is no mention of plagiarism, only of misconduct, in the university act. The act was drafted decades ago and at that time there was no concept of plagiarism in the sense we use the term today.”

Incidents of academic plagiarism are on the rise and many feel that “re-classifying” what appear to be clear cases of intellectual property theft is contributing to the problem. In the ASU and KU cases there seems to be political motives at play, though each university can justify its actions with internal documentation and testimonials by investigatory committee members. Clearly, Karachi University would be well served by updating its reseach integrity policies, perhaps in coordination with the Higher Education Commission.

In other cases, the definition of what classifies as plagiarism is too general for accusers to come up with an uncontested ruling. Perhaps it’s time for a more universal definition and tougher sanctions.