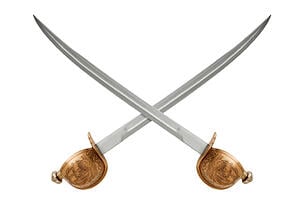 In this age of political hostility and partisan sniping, it’s difficult to tell which news you hear is accurate and which is merely one side trying to discredit the other. It’s difficult to find a time in US history when two parties have been so far apart in their ideologies. Ammunition for both parties now regularly includes digging up instances of plagiarism from the past to discredit opposing political candidates.  Massachusetts Democratic Senate candidate Elizabeth Warren found out recently that old and irrelevant publications could come back to hurt her.

Several recipes Warren submitted to the “Pow Wow Chow” cookbook in 1984 were found to be originally written and published by New York Times “60 Minute Chef” Pierre Franey. The discovery was made by radio talk show host and syndicated columnist Howie Carr, who published his evidence on his blog titled “The Real Howie Carr.”

Elizabeth Warren holds a Juris Doctorate from Rutgers and is a professor at Harvard Law School, so chances are she knows the definition and intricacies of plagiarism. Critics of her actions and political opponents are now clamoring for both institutions to investigate her further and for Harvard to take disciplinary action against her, even though her position at the prestigious university didn’t begin until 1990, six years after the cookbook in question was published.

Advocates for Harvard University actions against Warren want to see the same penalties applied that are levied against students, which range from temporary suspensions and failing grades to outright dismissal. A number of cases have been cited in the argument, but insiders in government and at Harvard itself are skeptical that any action will be taken. Similar cases levied against Professors Larry Tribe and Charles Ogletree, both peers of Warren, were dismissed without penalty.

Is this a clear cut case of plagiarism? It appears to be. Are academic sanctions justified? The situation looks to be more of a private matter of copyright infringement than a public case of academic impropriety. Will Elizabeth Warren’s credibility be called into question during the next election as a result of this case? This is likely the case.

Political campaigns have a tendency to get ugly, and political plagiarism accusations have been utilized over the years on a frequent basis. During the 2008 Barack Obama presidential campaign he was accused of plagiarism by the Hillary Clinton camp for paraphrasing Deval Patrick, governor of Massachusetts and a close friend to Obama. Even though it didn't end up largely affecting the Obama campaign, the issue is still being referred to today; including a number of times during debate over the Elizabeth Warren case.

On the other side of the fence, Richard Land, the head of the Southern Baptist Convention's Ethics and Religious Liberty Commission, was accused of plagiarism this week when he used the words of Washington Times Columnist Jeffrey Kuhner to stir up charged sentiment over the Trayvon Martin case. He is now being investigated by his own denomination for his remarks and faces serious sanctions if found guilty.