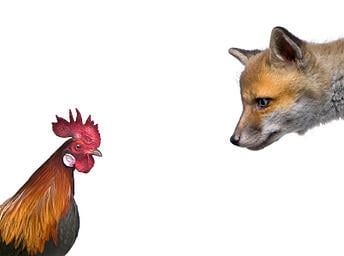 Given the high-profile plagiarism cases over the last few years, one would believe that scholars would know and understand the definition of plagiarism. One would also assume that all high-ranking academics would be especially careful to maintain their esteemed reputations and role-model statuses. Modern technology has made it easy for researchers to avoid such pitfalls. Even so, two studies shed light on the problem of plagiarism in higher education research.

Cheema, Mahmood, Mahmood, and Shah (2011) found that while some plagiarism in higher education research is intentional, some is unintentional and a matter of ignorance of plagiarism facts. The authors found that while most researchers do have a general idea of what constitutes plagiarism, many were not aware of the differing types of plagiarism (Cheema et al, 2011). A substantial number of researchers also did not realize the penalties involved in committing plagiarism. In the study’s conclusion, Cheema et al. (2011) suggested that researchers be educated in correct citation usage and intellectual property laws.

In another study on plagiarism in academic research, Honig and Bedi (2012) concentrated on the demographic and institutional predictors of plagiarism practices by social science academics. The authors chose to study scholars because these are the individuals in charge of teaching students. These researchers have future scholars in their care. Honig and Bedi (2012) focused on the researchers’ status, country, gender, and education as plagiarism practice predictors. The results of the study showed that many academic plagiarists live in countries that are outside of North America. In regard to institutional predictors, the authors found that an institution’s censure practices, customs, and permitted procedures have an effect on plagiarism acceptance.  The best practices of, for instance, a university in North America, may not be fully adopted by institutions in other regions for various reasons, including the fact that the new practices may conflict with those that have been in use for a long time.

Another finding by Honig and Bedi (2012) was that differences in plagiarism practices exist between researchers educated in English-speaking countries and those educated in other places. The authors contended that scholars who are pressured to publish in English may plagiarize because they do not fully grasp the English language, but are compelled to publish. In regard to gender, the authors noted that men are more apt to plagiarize than women.

Honig and Bedi (2012) concluded that plagiarism is higher where there is more incentive for publishing. Many in academia must publish to advance in their careers. The authors also noted that senior scholars from high-ranking institutions have a high plagiarism rate. These esteemed members of the academic community should be setting an example for their students and other scholars (Honig & Bedi, 2012). The authors concluded their findings with a call for monitoring and censure for higher education researchers of all ranks.

The issues that the above studies raise and the conclusions that they draw can be remedied easily by the researchers themselves. They simply need to take advantage of the research tools that modern technology offers. For example, Elsevier, a trusted publisher of science and health information, has created a website, Ethics in Research & Publication, which addresses the issue of ethics in academic research. The site offers insight on scientific misconduct and publishing research ethically. This site is an important resource for researchers, offering an ethics toolkit that contains examples of scientific misconduct and breach of publications ethics, including plagiarism.

The Elsevier Ethics in Research & Publication program works with an independent advisory panel made up of ethics experts from different parts of the world. Elsevier uses resources such as the plagiarism detection service, CrossCheck powered by iThenticate, to protect the integrity of literature being published. The site also offers a helpful questions section where the researcher can ask a question regarding research and publishing ethics. With technological tools such as this one available, a researcher should be publishing ethically every time.

Academic integrity, including plagiarism avoidance, should be taught to young students as soon as they begin to write papers. A respect for intellectual property and one’s reputation should be instilled in learners as early as possible. As Honig and Bedi (2012) suggested, a system of monitoring and censure should also be implemented world-wide for all scholarly research. The many instances of plagiarism throughout the world are disconcerting. In a technologically advanced world with a global marketplace, scholarly researchers should be held to the highest standards. This is especially so with the advent of the technological tools and information offered by companies such as Elsevier.

Honig, B., & Bedi, A. (2012). The fox in the hen house: A critical examination of plagiarism among members of the academy of management. Academy of Management Learning & Education, 11(1), 101-123. Retrieved from EBSCOhost database.

Professor may have plagiarized student's paper to secure research grant