Why have no U.S. politicians been forced to resign over plagiarism? 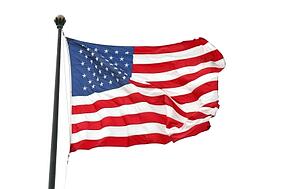 The recent plagiarism scandals in Germany have had a common theme: Plagiarism in the dissertation written by the politician.

While these types of scandals have spread across Europe and into Russia, nothing of that type has happened here in the United States. No high-level politician has been forced to resign after having their degree revoked.

It isn’t for lack of checking either. In the current U.S. political environment, nearly every word spoken or written by a politician or put out by his or her campaign is checked and re-checked for plagiarism by both allies and opponents.

One of the big differences is that the United States simply doesn’t have as many high-ranking politicians with doctorate or higher degrees. Germany, since it’s reunification in 1990, has had three chancellors and two of them have had Ph.Ds (the other held a law degree).

In the U.S., on the other hand, in the whole of the nation’s history and all of its 44 Presidents, only one, Woodrow Wilson, was able to carry the title “Doctor”.

In fact, the U.S. culture often makes heroes of people who overcome a lack of education to do great things. Such a Abraham Lincoln having only one year of formal education and, more recently, Bill Gates being a college dropout.

This isn’t to say that the U.S. favors uneducated candidates. In the last 20 years, every President has held either a Masters degree or a law degree. Instead, it’s simply that U.S. voters don’t place as high of a premium on Ph.Ds.

However, it’s very different in Germany, and much of Europe and Russia. In those countries, though it is possible, however much more difficult,  to obtain high office without a degree. One possible explanation is that many high offices in these countries, such as both the Chancellor of Germany and the Prime Minister of Romania, are not directly voted upon but are nominated and approved by other elected leaders, usually the Parliament.

In short, where U.S. politicians need to be relatable to all voters, German politicians wanting to seek high office need to find ways to distinguish themselves from their peers. So, while Ph.Ds are often appealing to voters and can help a politician get into their initial office, they are almost essential for moving farther up the ladder.

But while this means that political leaders in other countries tend to have higher degrees and more education, it can also create a culture where those with political aspirations feel the need to obtain such degrees purely for the sake of having them. This may have led some to not believe in the importance of the degree they were getting and be willing to take short cuts to get there.

While those shortcuts might not have been noticed in the 80s and 90s, when many of these dissertations were written,  with modern plagiarism detection tools, these mistakes are coming back to bite many politicians.

While it’s easy to see why having Ph.Ds in office is desirable, it’s important that those degrees have real meaning and are not just be a piece of paper used for political leverage. The researchers behind these scandals have been working hard to find the politicians who took shortcuts to their degree and saw their education not as a way to better themselves, but to simply get the positions they want. For a politician, this raises serious questions about their background and their ethics.

Still, it seems likely that these types of scandals will continue for some time and continue to spread as more and more politicians are caught having taken shortcuts to get a degree they felt they needed to be successful, but not one they necessarily wanted for themselves.