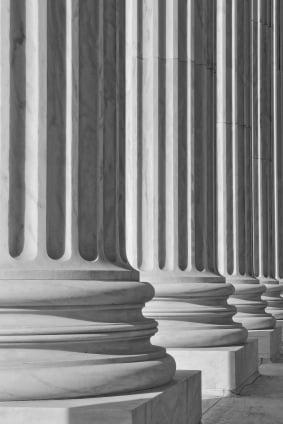 When looking at plagiarism in politics, it’s easy to be floored by the spate of recent scandals, especially in Germany and Eastern Europe. It seems as if politician after politician are having their degrees revoked and/or are being forced to resign over plagiarism, often times involving dissertations written decades earlier.

Though certainly the scandals have been interesting, for many they are confusing as well. Why should anyone care if a politician plagiarized a dissertation or made a mistake early in their careers?

After all, no one is perfect and ousting a politician from a prominent position over an act of poor judgment committed many years ago can seem a bit extreme, even if countries do it all the time for other old indiscretions.

But the truth is that plagiarism does matter in politics and not just because it’s a way to attack an ideological opponent, but because it harms the trust the people need to have in their leaders and their government.

For an elected politician, a vote is much like a job interview, only with the electorate serving as the hiring manager. Their qualifications are looked at, their personality is scrutinized and their background is examined to determine if they are right for the job.

In short, whether one is elected or appointed, their background and experience is weighed into whether or not they get that position. However, if part of that background, whether it had to do with education or employment, was obtained through plagiarism, then it was fraudulent in nature.

Credentials obtained fraudulently should not be considered valid and that’s precisely why schools revoke degrees after the fact.

This isn’t to say that having a PhD makes one the most qualified person for a certain position, but those choosing the candidate deserve to know the facts beforehand. In that regard, plagiarism for a politician is akin to any other candidate lying on their resume or CV.

It’s grounds for termination in the private sector and should be in the public one as well.

However, the most important question is one of honesty.

Politicians at all levels are placed in a position of great trust. Though we joke about all politicians being liars and cheats, the truth is that they are still in a position of responsibility and we want people with good character in those roles.

An act of plagiarism, above all else, is an act of dishonesty. It’s a lie, claiming credit for someone else’s work and gaining benefit from it that you don’t deserve.

If someone willingly violated the ethical standards of their educational institution or their workplace to further their career, It at least raises the question as to whether or not they would violate other standards when it benefited them.

Furthermore, the fact that it happened in the past doesn’t necessarily make the misdeed any better. One could argue that it just shows the plagiarist was content to continue to build their career on the back of that misdeed.

While the plagiarist might be a different person and moved on from their mistakes, they never took the initiative to clear up their past actions either and they likely continued to gain benefits from those transgressions all the while.

It’s easy to look at the plagiarism scandals in politics and wonder what the big deal is. However, the public has the right to know the background of the officials that are running their government and the right to trust that those in power earned the degrees, titles and positions they hold.

Simply put, plagiarism is one of the more easily detected forms of deception and, if it’s discovered, it raises difficult questions about what, if any, other falsehoods there might be.

Besides, if there’s one thing history has shown, it’s impossible for any leader to be effective when his constituents don’t have faith in him or her. One of the quickest ways to lose that faith is to be proven a fraud.

Plagiarism, in turn, is one of the easiest ways to have exactly that happen.