It has been a difficult few months for Arizona State University professor Matthew Whitaker.

In July, Whitaker was demoted to an associate professor at ASU following allegations that he had plagiarized passages in his most recent book, Peace Be Still: Modern Black America from World War II to Barack Obama. 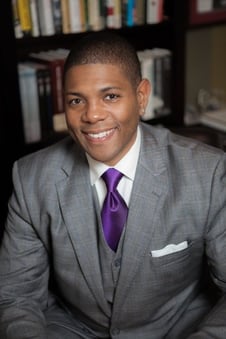 At that time, ASU also demoted him founding director of the Center for Study of Race and Democracy at the school, instead making him a co-director.

But while the demotions were costly to Whitaker, the lion’s share of attention went to a contract that his consulting firm, The Whitaker Group, had with the Phoenix Police Department to provide “cultural consciousness training”.

Though the contract was controversial even before the plagiarism scandal, the revelations created an uproar and calls for either the contract to be rescinded or for Whitaker to voluntarily withdraw it.

To that end, Whitaker did voluntarily withdraw the contract shortly after news of his demotion broke. However, the cancellation came after Whitaker had presented some of his classes and the city paid him $21,800 for those services.

Angry over the payment, Phoenix City Councilman Sal DiCiccio conducted an investigation into Whitaker’s work for the city and, in doing so, found evidence of what he considered plagiarism.

According to DiCiccio, Whitaker presented some 84 slides to Phoenix officers and 52 of them were either exact or near-exact copies of a similar presentation from the Chicago Police Department. Discounting the slides that were pictures and were “non-content”, only 7 slides in Whitaker’s presentation were original.

DiCiccio is now calling for Whitaker to return the money he has been paid, saying that, “The City of Phoenix paid him $21,000 to basically copy somebody else’s work.” DiCiccio also objected to Whitaker adding his own copyright notice onto each slide

Whitaker, however, has denied any wrongdoing. He claims he notified the Phoenix Police Department that most of the presentation was not original and that he worked with the Chicago Police Department through The Whitaker Group in a perfectly legal manner.

According to an ASU spokesman, the material was sent to the ASU department and that Whitaker had access to it as a member of an advisory panel to the university police.

In the end, the story raises a slew of tough questions that Whitaker will most likely have to face. What is the appropriate level of attribution for a PowerPoint presentation? Was it appropriate for Whitaker to use data obtained through his position at ASU to further his consulting practice?

However, Whitaker’s history, which also includes allegations of plagiarism in another book in 2012, puts those questions in a much different light than if they were being raised by someone without such a past. Whitaker’s attribution issues have become a pattern and have made him a very divisive name at ASU.

In short, Whitaker’s name will forever be connected with plagiarism and, because of that, this recent controversy will be colored by that history. This makes it so that , even if nothing were inappropriate, which seems unlikely, that it would still be another tarnish on his reputation and the work he did for the Phoenix Police Department.