END_OF_DOCUMENT_TOKEN_TO_BE_REPLACED

The recent copyright suit brought against startup Boundless Learning by three major textbook publishers, Pearson, Cengage, and Macmillan Higher Ed serves as occasion, yet again, to revisit key themes that surface each time the narrative of education’s disruption by technology – especially via web-based innovations – is rehearsed.  The suit came shortly after the announcement of an $8 million investment in Boundless, led by VC-firm, Venrock.  Intriguingly, the suit also appears to attack the investors as well, underscoring the business opportunity (and loss thereof) that seems to obtain with any discussion that involves the Internet, new technology, and “disruption.”  The second theme that we see is the well-worn “David vs. Goliath” story, and the last is the same story of education’s revolution at the hands of a web-based alternative.

END_OF_DOCUMENT_TOKEN_TO_BE_REPLACED

Journalists and bloggers seem to be at the forefront of the fight against literary plagiarism it seems. With the recent exposure of several high profile and respected authors and the shock felt about this in the literary world, a watershed has been reached. Hodder & Stoughton’s statement on one notorious case involving Q.R. Markham (the pen name of bookseller Quentin Rowan) set a benchmark for others in the publishing industry:

"We deeply regret having acquired a book for our list that we can no longer accept as an original work, and in partnership with Little, Brown we have acted immediately to recall the book from distributors and retailers." 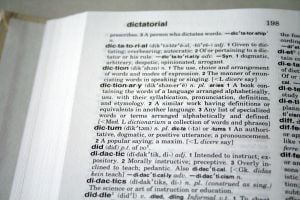 END_OF_DOCUMENT_TOKEN_TO_BE_REPLACED

Written by Eric Hoppe, Account Manager, Constant Content. Plagiarism has existed nearly as long as the written word itself, but it has never been easier for plagiarists to cut and paste some else’s words and claim them as their own. That can be a big problem for webmasters in search of quality website content and article writers for their websites, blogs and online stores. Webmasters know that they need to rank high in search engine results in order to compete. They also know that Google and other popular search engines take a dim view of duplicate content. Webmasters who buy articles they believe are original content can be in for an unpleasant, and dangerous, surprise when Google slaps them with a duplicate content penalty and buries their sites at the bottom of the rankings.

END_OF_DOCUMENT_TOKEN_TO_BE_REPLACED 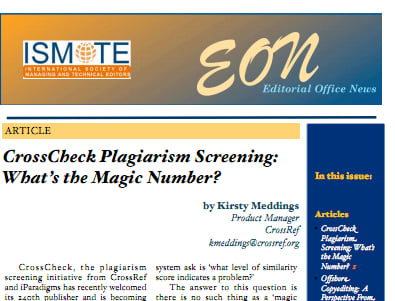 END_OF_DOCUMENT_TOKEN_TO_BE_REPLACED


Johann Hari and the Lesson For Other Businesses